Crete is Greece’s largest island and fascinates visitors with its beautiful beaches, some of which are among the best in the world, its rich history and culture, its traditional villages, the hospitable Cretans, and the local gastronomy.

Crete will undoubtedly exceed all of your expectations, whether your trip is to relax or to discover hidden treasures.

History buffs will find some of the most important archaeological sites in the Mediterranean on Crete, such as Knossos and Festos, while outdoor sports enthusiasts will have the opportunity to participate in their favorite sport in an environment of unparalleled natural beauty. Crete is home to the Samaria Gorge, trails in the Rethymno region, diving, caving, cycling, and wind sports.

Crete is also ideal for those who want to simply relax on the beach, whether with their family, a group of friends, or their partner. The Lasithi region, the Chania area, and the south of the island, which is the least touristy area of the island, all have a diverse range of beaches, hidden coves, and hotel infrastructure to suit all tastes.

Our «Fly & Drive Crete (10 days)» travel proposal with the rental car includes a stay in three strategic locations on the island from which they can make excursions to the island’s points of interest.

They will begin their journey with a three-night stay in Heraklion, from which they will be able to learn about the Lasithi region in eastern Crete, the southern area of Heraklion, and the town of Matala. You will spend two nights in Rethymno to get to know the city and Lake Preveli before finishing the trip with four nights in the beautiful city of Chania. Beautiful beaches, such as Falasarna and Elafonissi, can be found in the Chania region.

During your visit to Heraklion (the island’s current capital and the third most important city in Greece), we recommend that you visit its Venetian Fortress, Archaeological and Historical museums, and the Palace of Knossos, famous for being one of the first vestiges of the Minoan civilization (cradle of Western or European civilization), in which frescoes (wall paintings), baths, colonnades, and so on can be found in very good condition, despite being partly You may also wander around the old town and enjoy its wonderful cobblestone alleys and squares, as well as its bars and restaurants, which have a lively nightlife.

During your stay in Heraklion, we recommend that you also visit: Mátala, a small and picturesque town in the south of this prefecture or province of Heraklion, famous in the 1960s for being one of Europe’s largest Hippie colonies and for its curious caves dug into the beach where they lived when they remained on the island. If you are interested in archeology, you may also explore the ancient sites of Gortys, Festos, and Agia Triada, which are remnants of the first European civilizations, or enjoy the pristine beaches of this southern area.

You may also explore adjacent Lassithi prefecture, which is known for its windmill-filled valleys and one of the island’s main agricultural districts. There’s also the famed Dikteon Andron cave, where, according to mythology, Zeus was born. Its capital is the scenic village of Agios Nikolaos, with its little freshwater lake (Lake Voulismeni) in the city center, which is said to have created during the well-known ancient eruption of the Santorini volcano (Thira).

Very close to Agios Nikolaos, on the Gulf of Mirabello, we discover the town of Elounda, noted for its magnificent beaches and one of Europe’s most significant luxury resorts. The little village of Plaka, from where we may take a boat to the island of Spinalonga, has a historic stronghold that has been used as a fortress, jail, hospital, and so on over the years and now welcomes tourists.

The village of Ierapetra is located in the south, from where we can also access the island of Gaidouronisi. On the eastern side of the island, you may also visit the city of Sitia, the prefectural seat, and the lovely Vai beach, which has Europe’s largest palm grove. For those interested in archeology, there is also the archaeological site of Zakros, which is regarded to have been one of the most significant administrative centers during the Minoan era.

Transfer with our car to the prefecture or province of Rethymno, located west of Heraklion, and whose capital Rethymno, with its port of typical Venetian architecture, which stretches with a stunning 13-kilometer-long beach.

We may also go to the historic Arkadi monastery, which is the most important on the island because of its resistance to the Ottoman conquest.

In the south, there is also the lovely and small monastery of Preveli, close to the Plakias region, and the little fishing hamlet of Agia Galini, both of which are surrounded by the stunning and crystalline Libyan Sea. The region is distinguished by a variety of reliefs, gorges and canyons, lush valleys and mountains, as well as the island’s customs and food.

Transfer with our car to the prefecture or province of Chania, the historic capital of the island (Chania), which is divided into two sections, the new city and the old Venetian city of great beauty and in fine condition, and the hub of the city’s nightlife.
Within the prefecture of Chania, we may locate Souda Bay, Europe’s biggest natural bay, as well as numerous lovely beaches with crystal clear seas, such as Gramvousa in the northwest of the area, or Falasarna, which also has an ancient monument.
It is also distinguished by its impressive mountain range in the region’s south, which includes the famous Samaria gorge, which leads to the fantastic Agia Roumeli beach, as well as the Chrisoskalitsias monastery, which is located very close to the wonderful Elafonisi beach, one of the most beautiful on the island, located just to the southwest of the region.
In the south, there is also the beach of Frangocastelo, which is guarded by its fortress, and the charming tiny hamlet of Chora Sfakion, which is one of the last bastions of Cretan resistance to the Venetians and Turks.

Transfer from the hotel to the airport with your car and delivery of it at the Chania airport. 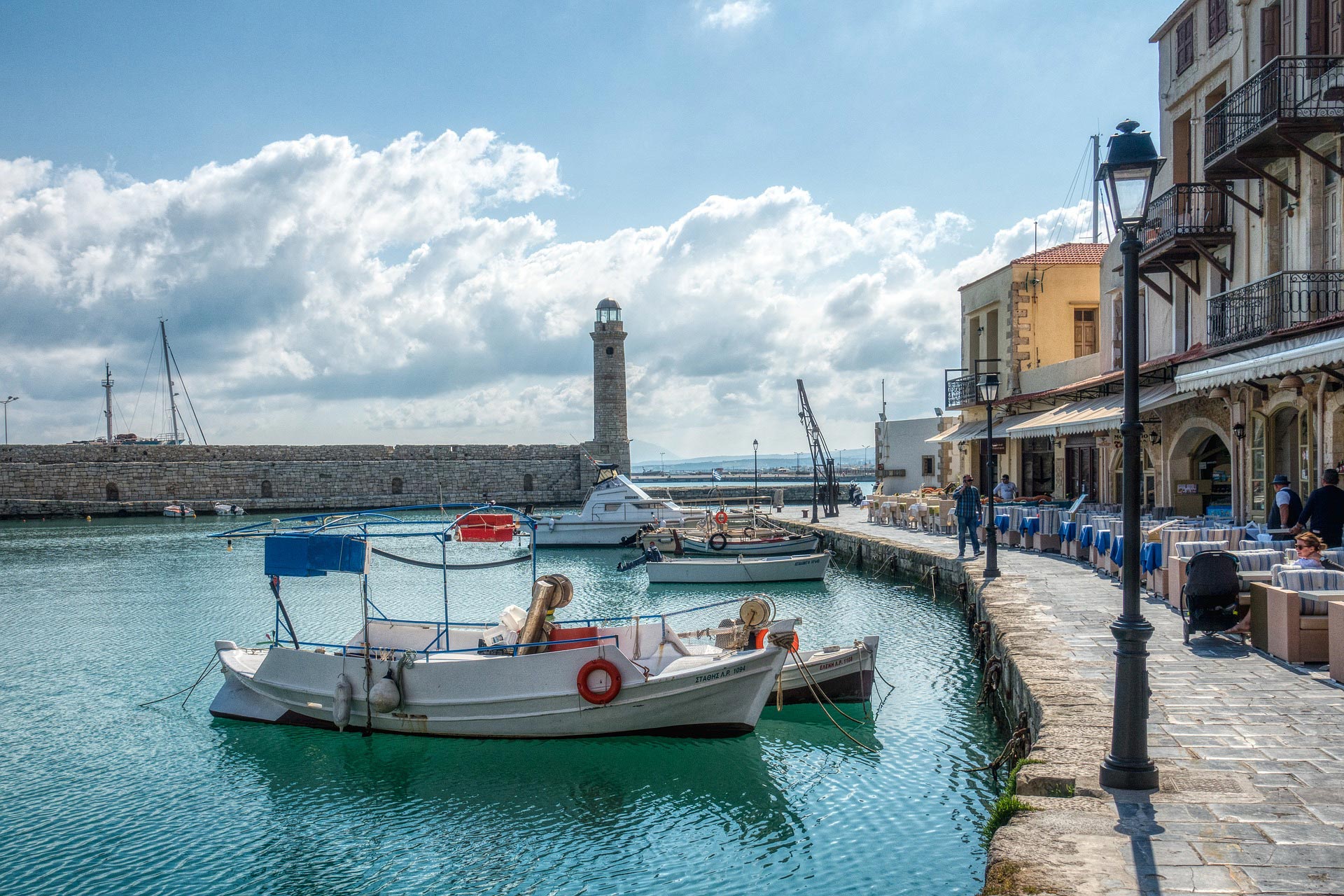 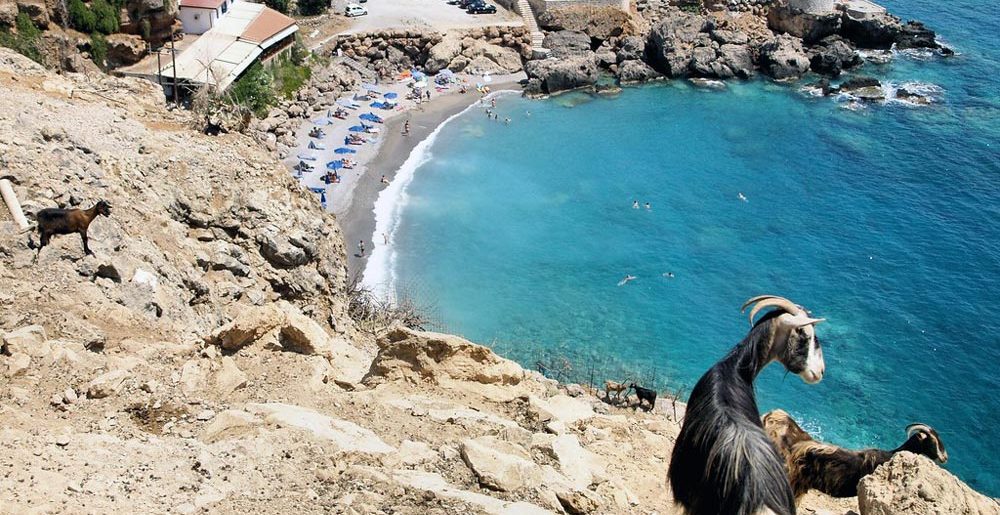