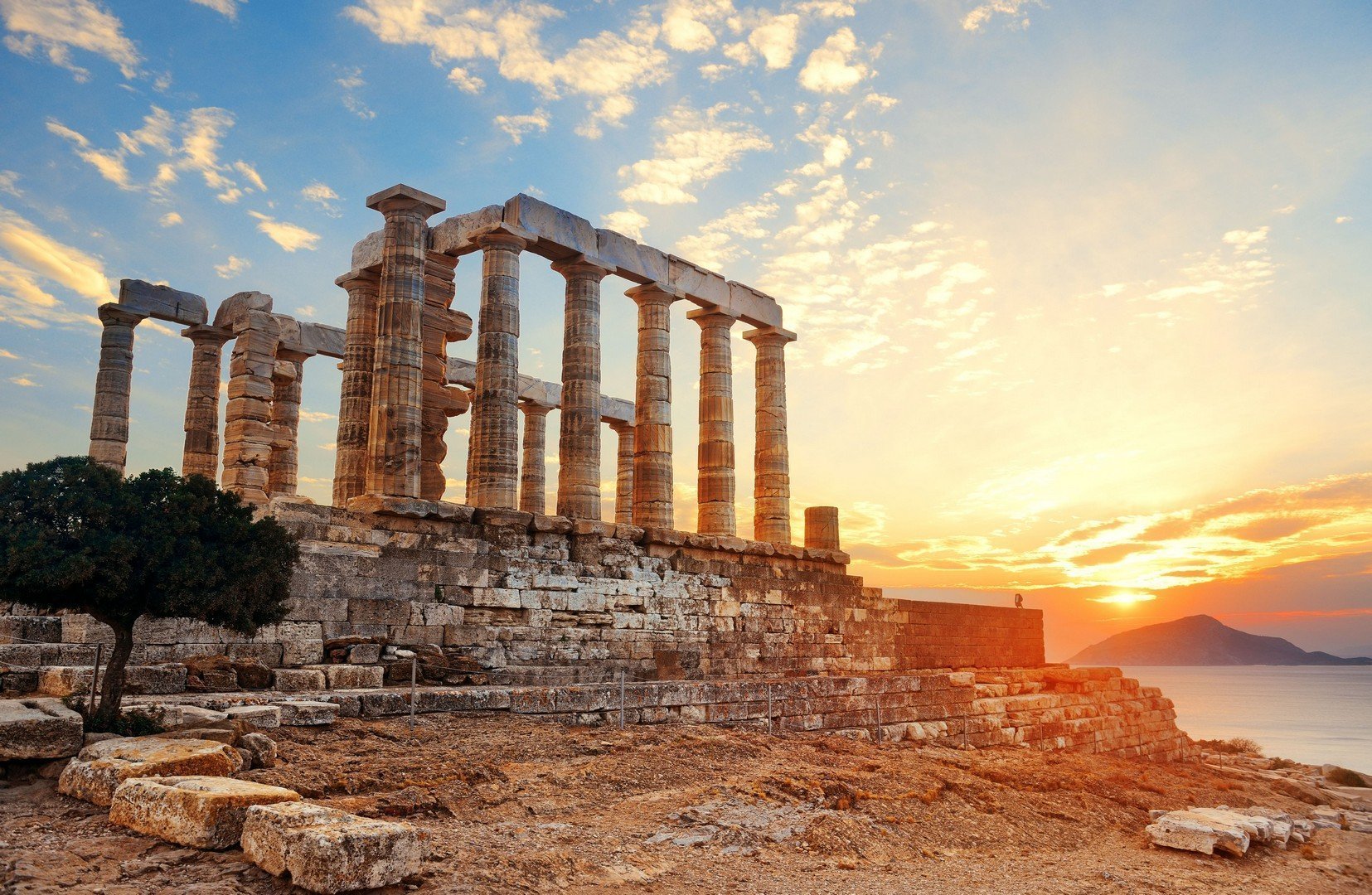 According to legend, Cape Sounio is the place where Aegeas, king of Athens, committed suicide believing that his only son Theseas was dead. Aegeas threw himself into the sea thus giving its name to the Aegean Sea.

Cape Sounio was the ideal choice to build a sanctuary dedicated to Poseidon, so sailors could appease the mighty sea god before leaving the Saronic Gulf for the dangers of the open Aegean Sea.

The archaic temple was destroyed by the Persians in the year 480 A. C. and a new one was constructed in its place in 440 A. C. by Pericles. The contrast between the 12 Doric columns and the deep blue of the sea remains as dazzling as in the days when Lord Byron carved his name into the marble on one of the columns.

The visit to Cape Sounio is popular not only for its great archaeological interest, but for the scenic promenade along the coast road of the Saronic Gulf, Glyfada, Vouliagmeni and Lagonissi which offer a variety of options, either to take a Coffee or dinner by the sea.

Discover the Outskirts of Athens... 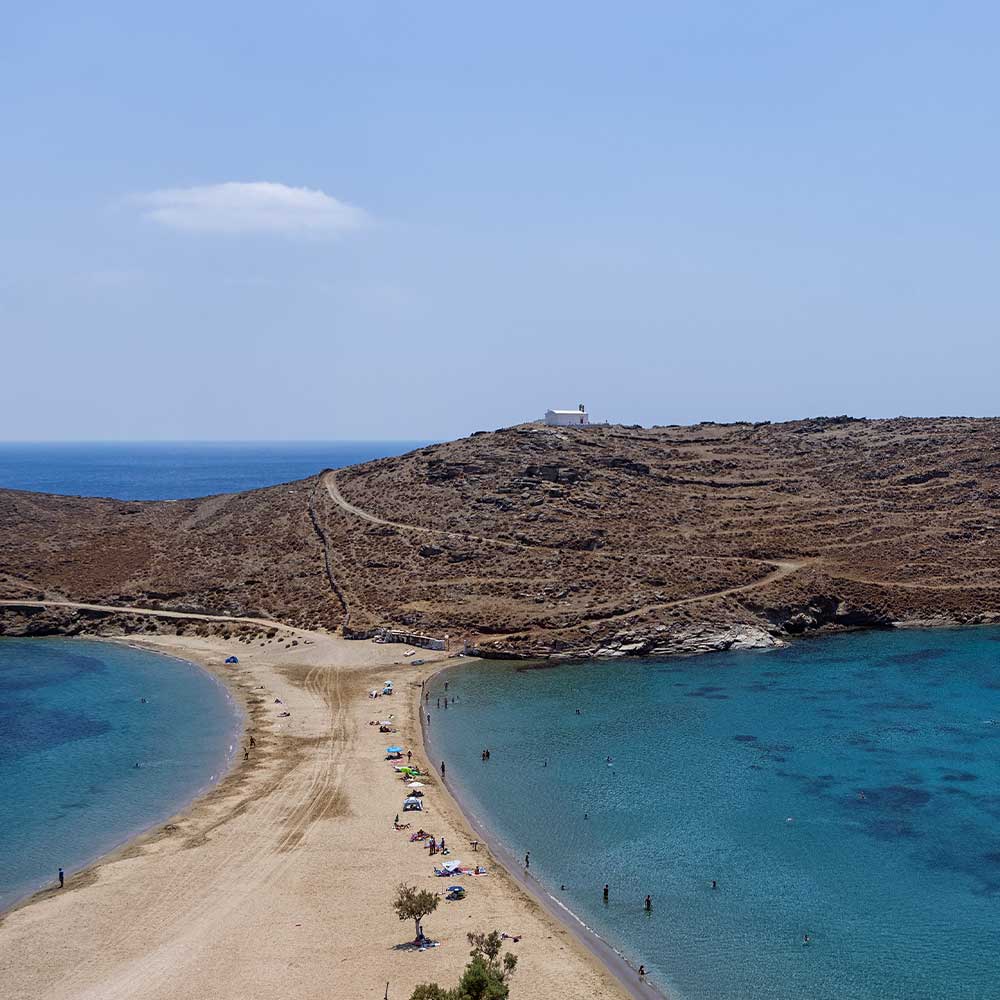 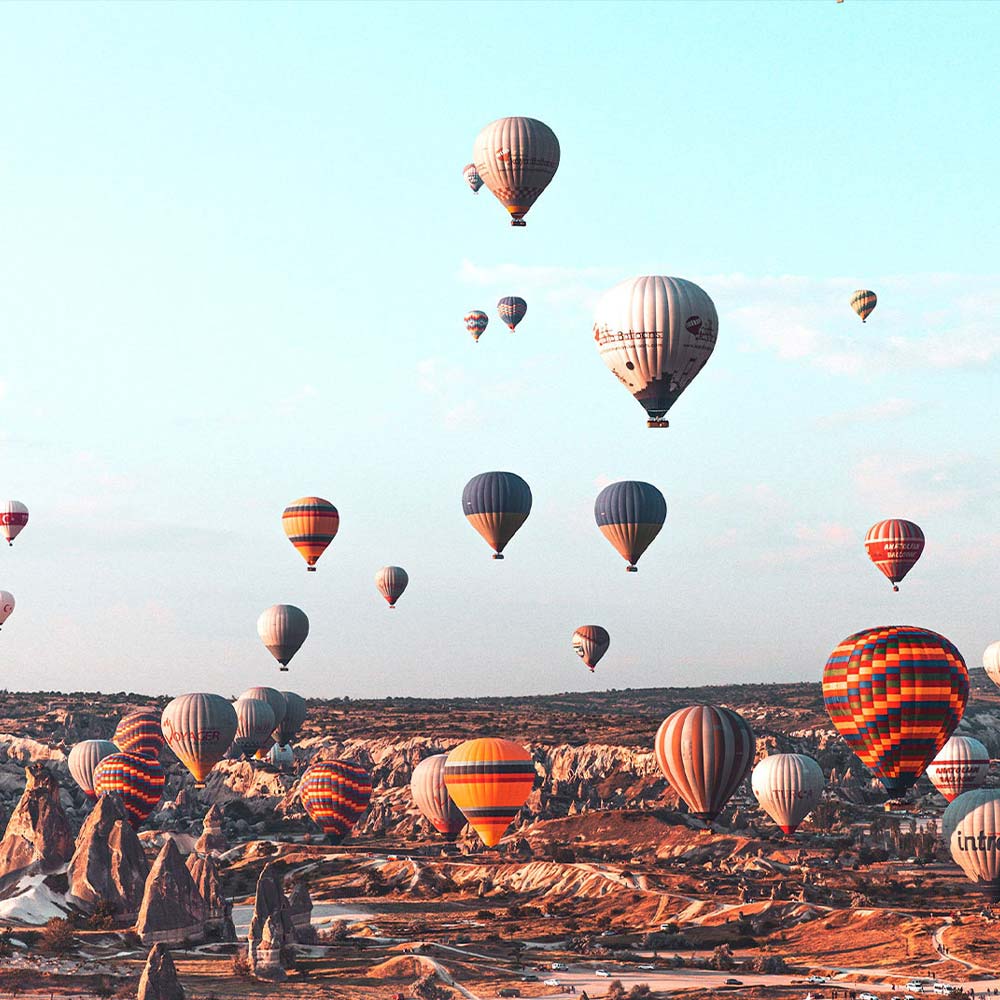 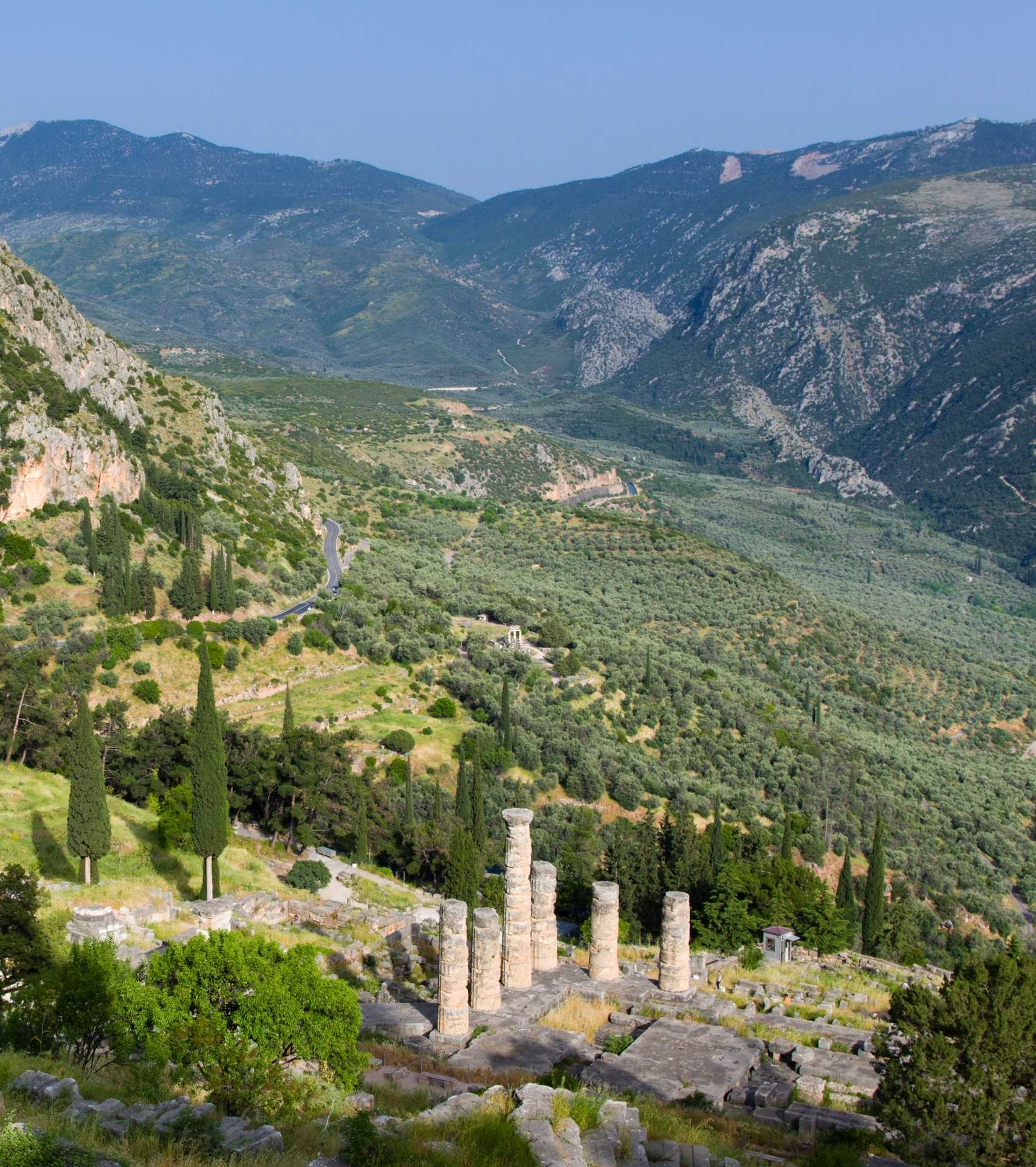