Today is the bicentennial, from the moment in which the Revolution of 1821 – which is officially celebrated on March 25 – would liberate Greece from Turkish control and finally reshape the political map of Europe, culminating in the founding of the new Greek state.

2021, as well as the previous year, has been quite challenging for everyone, however, here we have the opportunity to revisit some of the most emblematic places during the war of the Greek Revolution and be inspired by the zeal of the Greeks who -even less in number- fought with all his heart and courage to regain his freedom.

Inspired by the French Revolution, the Greek Enlightenment revived the ideas of freedom and equality, of a modern Greek state that would end the Ottoman Empire, which ruled Greece for nearly 400 years, since the fall of Constantinople (Istanbul) on December 29. . May 1453.

For its rebellion against the Turkish Sultan, Greece received international support from England, France, and the Russian Empire. Nor should it be special in the many Philhellenes (= admirers and avid supporters of the cause of the Revolution) who donated large amounts of their personal inheritance or even participated in the War of Independence. Lord Byron, one of the most important romantic poets, moved by the courage of the Greek people, took up arms and finally died of fever during the second siege of Mesolongi.

The «result» of the Greek Revolution was shielded by the signing of the London Protocol of February 3, 1830, an agreement between the three Great Powers that established Greece as a sovereign and independent state.

Today we present you some of the places in Greece that became important landmarks of the Revolution.

On March 23, 1821, the warlords Theodoros Kolokotronis, Petrobeis Mavromichalis, Nikitaras, Papaflessas and others, entered the city of Kalamata as liberators, without meeting any resistance and headed to the castle. There, the local Turkish governor, the Voevoda of Kalamata, Suleiman Agas Arnaoutoglou, realizing their futile struggle, handed over the city to them.

Immediately afterward, all the armed rebels went to the Church of the Holy Apostles, participating in the solemn eulogy for liberation that took place there. In Agios Apostolos, the Church blessed the revolutionary flag and the Revolution began in Kalamata and formally on March 25 in Agia Lavra.

Agia Lavria – The legend of the Revolution

According to some sources, on March 25, 1821 a ritual religious proclamation of the Revolution took place in the Agia Lavra Monastery, when the priest and metropolitan of Patras, Germanós III, blessed the assembled revolutionaries and raised the banner of the Revolution in the dome of this historic Church.

According to other sources, the same ceremony took place on March 23 in Agia Lavra and according to others in Patras. Historians of the 20th century consider him a legend, based mainly on the fact that Germanós III himself does not mention anything in his Memoirs. However, historians who have dealt with them point out that the memoirs are incomplete and were mistreated before publication.

The proclamation of the Greek Revolution

Alexandros Ipsilantis, as leader of the Society of Friends (Filikí Etería), left Russia, and after crossing the Prutho River (then Russia’s border with Moldova), arrived in Moldova, where he was received by Michael Soutsos, ruler of Moldova. The two men, along with some 2,000 combatants, arrived in Iasi (capital of Moldova) on February 22, 1821. There, two days later, Ipsilantis issued the revolutionary proclamation «Battle for faith and fatherland», in which he asked the Greeks to rebel. This marks the official start of the revolution 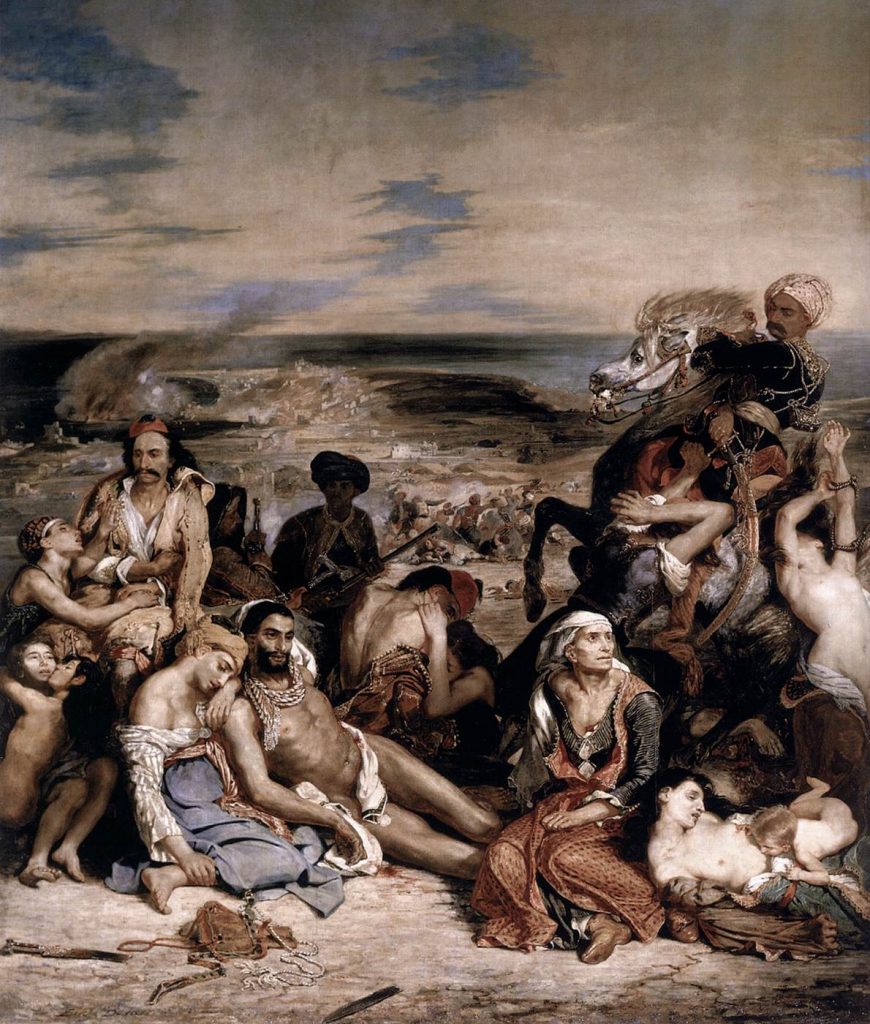 The massacre that promoted Hellenism around the world

Greeks from neighboring islands had reached Chios and encouraged the islanders to join the national revolt. Several Greek troops from Samos landed on the island and attacked the Turks in the citadel. Although many joined the cause, the vast majority of the island’s population did not want to join the revolution.

However, the Ottoman rulers vindictively responded to the killing of the soldiers and sent thousands of soldiers who landed on the island and killed some 42.00 – 52,000 Christians.

The Chios massacre sparked international outrage and led to increased support for the Greek cause around the world.

The attack on the Turkish flagship by Konstantinos Kanaris

To take revenge for the Chios massacre, a fleet of 64 ships (from Hydra, Spetses and Psara) was formed, gathered in Psarra, at the end of April, and were waiting for the opportunity to act. After some unsuccessful attack attempts, finally, on the night of June 6-7, the objective was achieved: while the Turkish officers had gathered in the flagship of the Turkish fleet to celebrate the end of Ramadan, the Psari Konstantinos Kanaris managed to attack the flagship, which was engulfed in flames. About 2,000 men on board were killed, including Kara Alis, who had previously led the Chios Massacre.

The destruction of Psara

Psará was the third strongest naval force in Greece, after Hydra and Spetses, but also the birthplace of great captains, who caused serious damage to the Turkish fleet. The Ottoman fleet landed in Psara on June 20, 1824. The defense of the island was not well organized, so the island was relatively easily occupied. Terrible disasters and massacres followed. Of the 30,000 inhabitants, 18,000 were killed or taken prisoner.

The second siege of Messolonghi

Three years after the failed attempt by Kütahı and Omer Vryoni to occupy Messolonghi (1822), the Ottomans return to this company. The sultan orders Kütahı to occupy the city, this time in combination with Ibrahim’s campaign in the Peloponnese. Kütahı reached Messolonghi on April 15, 1825, accompanied by a powerful body of 20,000 men, and the siege immediately began.

After a year of siege and six particularly hard months for the besieged, Messolonghi can no longer resist. They refuse to surrender and wait for the fleet until the last moment. However, fatigue, both mental and physical, lack of food, unspeakable hunger, and delayed fleet push the people of Messolonghi to their limits.

On April 10 they decide to flee the city. They are organized into three groups and plan to create a distraction for the Turks. But his plan is revealed and the besiegers are not surprised. The exit is crushed and those who survive are few, while the majority of women and children are arrested and sold as slaves.

The Exit (Exodus) of Messolonghi is a critical moment in the history of the Revolution, not only because of the defeat of the Greeks and the losses they suffered. After this atrocity, philhellenism resurfaces even stronger and gives the Greeks a sense of moral justification.

This horrible event influenced the eventual decision of Great Britain, France and Russia to intervene militarily at the Battle of Navarino.

The final act: the decisive win 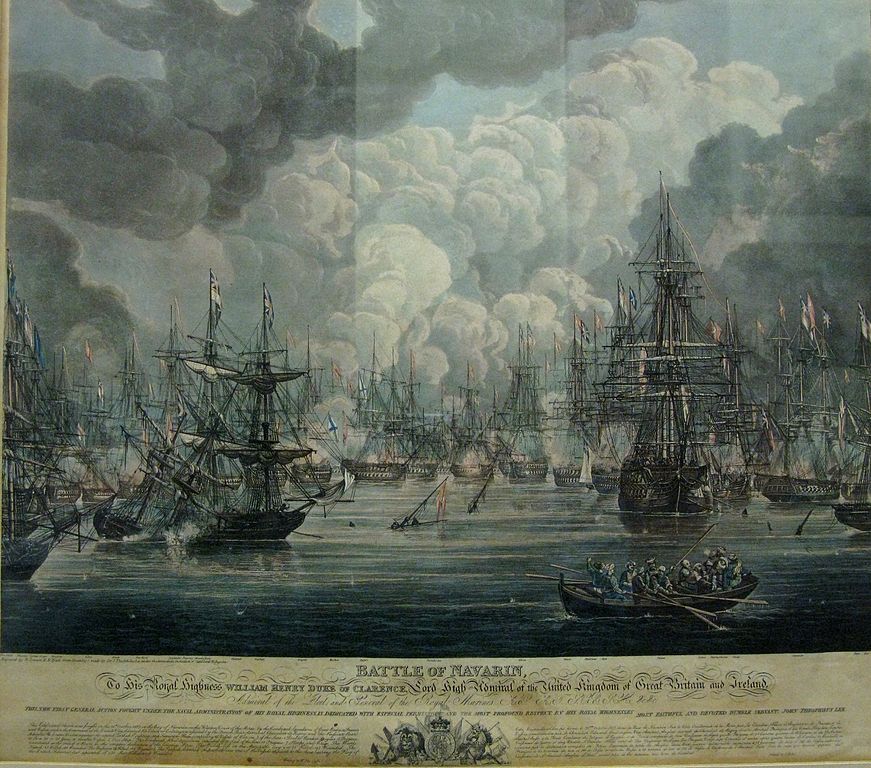 With the signing of the Peace Treaty (June 24 / July 6), Ibrahim was prohibited from making any movement with his fleet.

However, his troops continued their attacks on him. On October 8/20, the united fleet of the great powers enters the bay of Navarino, where the Turkish-Egyptian was anchored, and while an English ship heads towards him to demand his eviction, the fire begins. Thus begins the naval battle that will end with the destruction of the Turkish-Egyptian fleet.

This result will play a decisive role in the development of the Greek-Turkish war, presupposing the independence of Greece.

The first capital of the modern greek state

On January 8, Ioannis Kapodistrias arrives in Nafplio and finds Greece in a tragic situation. Enemy troops continued their attacks on the Peloponnese, soldiers demanded their wages, while the national treasury was empty and disorder prevailed. However, the presence of the governor brought hope and enthusiasm to the impoverished Greeks. Two days later he will move to Aegina, which will become the temporary seat of the administration. Kapodistrias will make a remarkable effort to rebuild the state from scratch. His main goals were to establish a strong central government, restructure the economy, and build a strong regular army.

The assasination of Kapodistrias

Along with the events in Poros, Ioannis Kapodistrias had to face hostility from the people of Mani, who had proceeded in a revolt. On the morning of September 27, while going to church, Kapodistrias was assassinated in Nafplio, under attack by Konstantinos and Georgios Mavromichalis. Konstantinos will be killed on the spot by Kapodistrias’ partner, while Georgios, who will escape the crowd trying to lynch him, will be sentenced to death.

In an attempt to resolve the political crisis that escalated with the assassination of Kapodistrias, the great powers signed the London Contrado in 1832, an agreement with the King of Bavaria that establishes the monarchy in the newly formed Greek state and brings in King Otto to Greece. Two years later, in 1834 Athens became the capital of Greece.

The ideas and struggles for freedom have led to the sacrifice of many people. To these, we owe our gratitude and they are the ones we must honor on days like these, all those who fought and died in anonymity with self-denial, dreaming of a free world. Not just in Greece, but in every corner of the world and not just 200 years ago, but still today.

Therefore, and to conclude this special piece on the Greek Revolution, we recite the first two stanzas of the poem by Dionysios Solomos, the national anthem of Greece:

We knew thee of old,
O, divinely restored,
By the lights of thine eyes,
And the light of thy Sword.

From the graves of our slain,
Shall thy valor prevail,
as we greet thee again,
Hail, Liberty! Hail! 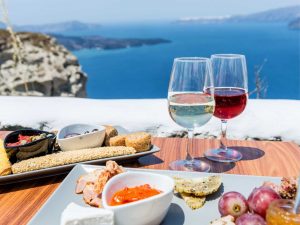